At the top of Dead Woman’s Pass

We were told that today was going to be the hardest day and it was. I woke up at about 3:45 in the morning and started getting my things ready. One of the porters came by our tent and offered us some coca tea to help with the altitude sickness. It was really nice because it felt like it was close to freezing. We all packed our bags and got everything we needed out of tents and gave our green bags to our porters. Breakfast consisted of porridge, pancakes, and toast. About fifteen minutes after finishing our meal, we were up the mountain. Our hike that day was broken into four stages. The first stage was a four hour hike up hill. We were scheduled to reach a point called Dead woman’s pass at 13,780 feet above sea level. The hike was difficult for three reasons. First, it was uphill, second, we were walking on Inca steps (they are not all the same height), third, the altitude made it extremely difficult to breath. It was really hard for Alisa. She told me that she felt as though she was having a asthma attack the whole time.We made it to the top and had a chance to see a 360 degree view of the Andes. It was truly breath taking. 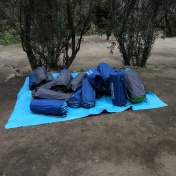 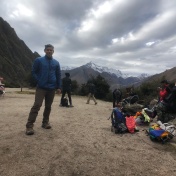 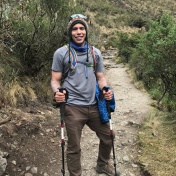 The second stage was a two hour down hill hike on the same uneven Inca steps. It was tough on the knees. Thankfully we rented walking sticks to help us out. For about the first 20 minutes down hill we were all happy but you can imagine that after an hour or so it can be really tough. After the two hours of down hill torture, we made it to the campsite where we would have lunch. I don’t want to make it sound like I was complaining about the trek. It was hard, but the view was breath taking and made every step worth it.
Once we got to the bottom of the mountain (6.5 hours of hiking), a small camp site was set up for lunch. It was not quite ready yet, so the porters set up a tarp with some sleeping mats for us to relax until it was time to eat. It seemed to be a shared campsite or some kind of rest stop. There was a small building with running water and other amenities that workers would need on the trail. There were several other groups at the site as well. One of the porters also came around and served us some agua manzana or apple water. It was really good. It did not taste anything like apple juice but rather water with a hint of apple. Lunch, like the previous day, was a feast.
Most of the group took this opportunity to take a nap; I decided to not lay down because I knew that it would be difficult for me to get started again. Alisa took a short nap along with the group, and I took the opportunity to record a vlog entry (which was terrible and I need to practice a lot more) and take some photos of the landscape. I also talked to others in the group who decided not to take a nap to get to know them a little bit. 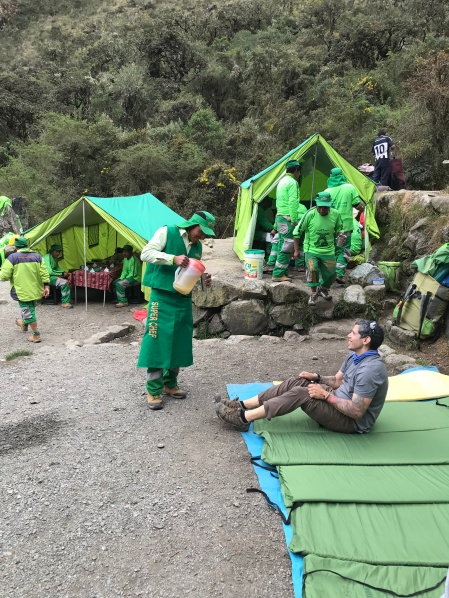 After we finished our food, we were given fifteen minutes to gather our gear and collect more water. I mentioned to our guide that Alisa was having asthma attacks on the mountain and that is why she was struggling. He said he had some medicine for it. Alisa took it, and she was able to hike the third stage, two hours up another mountain side, with little problems breathing. It was incredible. The last stage of the trail was grueling because it is not like hiking a normal trail like we are accustomed to in the Northwest. Here, you are hiking up uneven stairs for two hours. It can be really exhausting when you have four or five giant steps that require you to lift you knees high up in the air to get on to them and do it one right after another. There was a beautiful pond at the top of the mountain as well as another hill that gave a 360 degree view of our surrounding environment. We were able to take a 30 minute break at the small summit where we took some photos and shared a lot of laughs.
The final stage of our hike was an hour and a half descent to our final camp site. It was all downhill just like before. At this stage of the hike our legs were tired, and our knees were not feeling well. One of the most interesting things about the Inca trail is a that there is a phenomenon called micro climates. For the most part, the area where we were hiking was really dry and there were very large trees or dense foliage. However, once in a while, all of the sudden, you can find yourself in a mini rain-forest. There are jungle trees, the plants change, and it gets Humid. It is really an amazing thing to experience. In the last stage of our trip, it felt like we actually walked into the Jungle. We walked into a ravine and the environment completely changed. The trees were dense, there was grass that stood about 8-10 feet high, bamboo like trees with grass and flowers, and much more. Our trail let us to another archaeological site where were given the opportunity to explore freely and climb some old sketchy stairs. Unfortunately, I do not remember the name of the sight, however, from my understanding it was a place where the Incas went to find knowledge and study. It was abandoned while it was still under construction and nobody knows why. 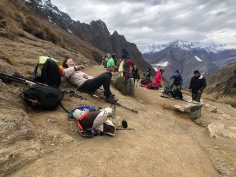 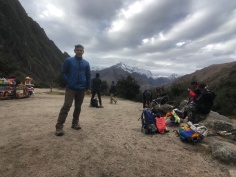 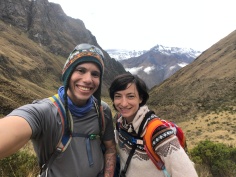 After another 30 minute hike, we made it to our camp sight where we were treated to another meal and were off to bed by 7pm

#luchalibre in #guadalajara
Antigua, Guatemala 2014 #guatemala🇬🇹 #antigua
For now... #guatemala🇬🇹 #travel #coronavirussucks Guatemala 2014
Two old cats hanging out... #idratherbeinmexico #coronavirus
I was given this by my students at #portlandstateuniversity ...it may or may not be a threat...
I think my wife was laying here #puertovallarta #mexico #artandalisa #travel